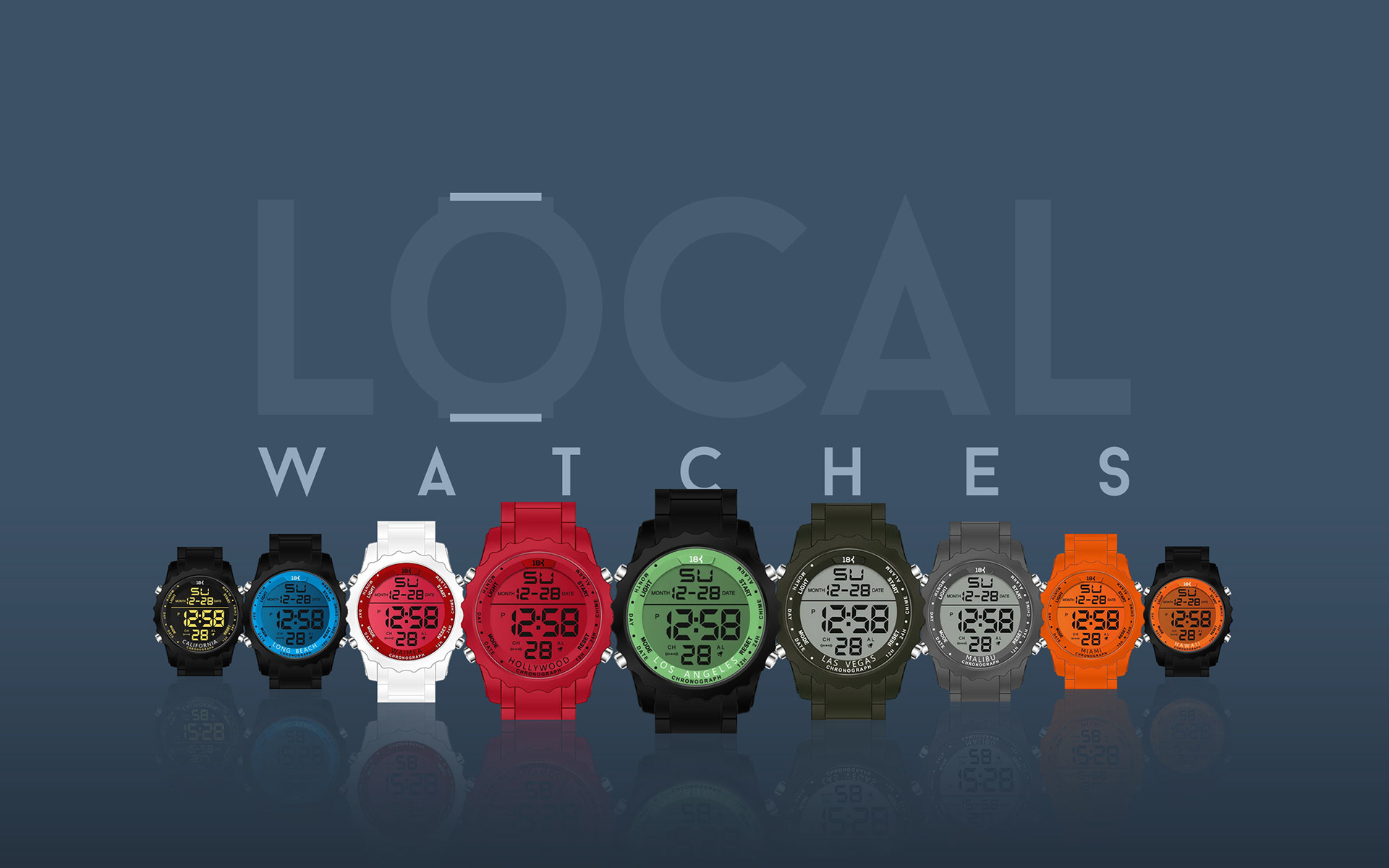 18K watch company approached us to help them rebrand their watch line so they could be ready to enter the American market. They are a well-known watch brand in Brazil and their goal was to bring their line into the US to compete with brands like Casio G-Shock.

Their watches showcase different American cities on their faces and that feature stood out to us as a great opportunity to create a connection with the American audience, after all, who’s not proud of their hometown? 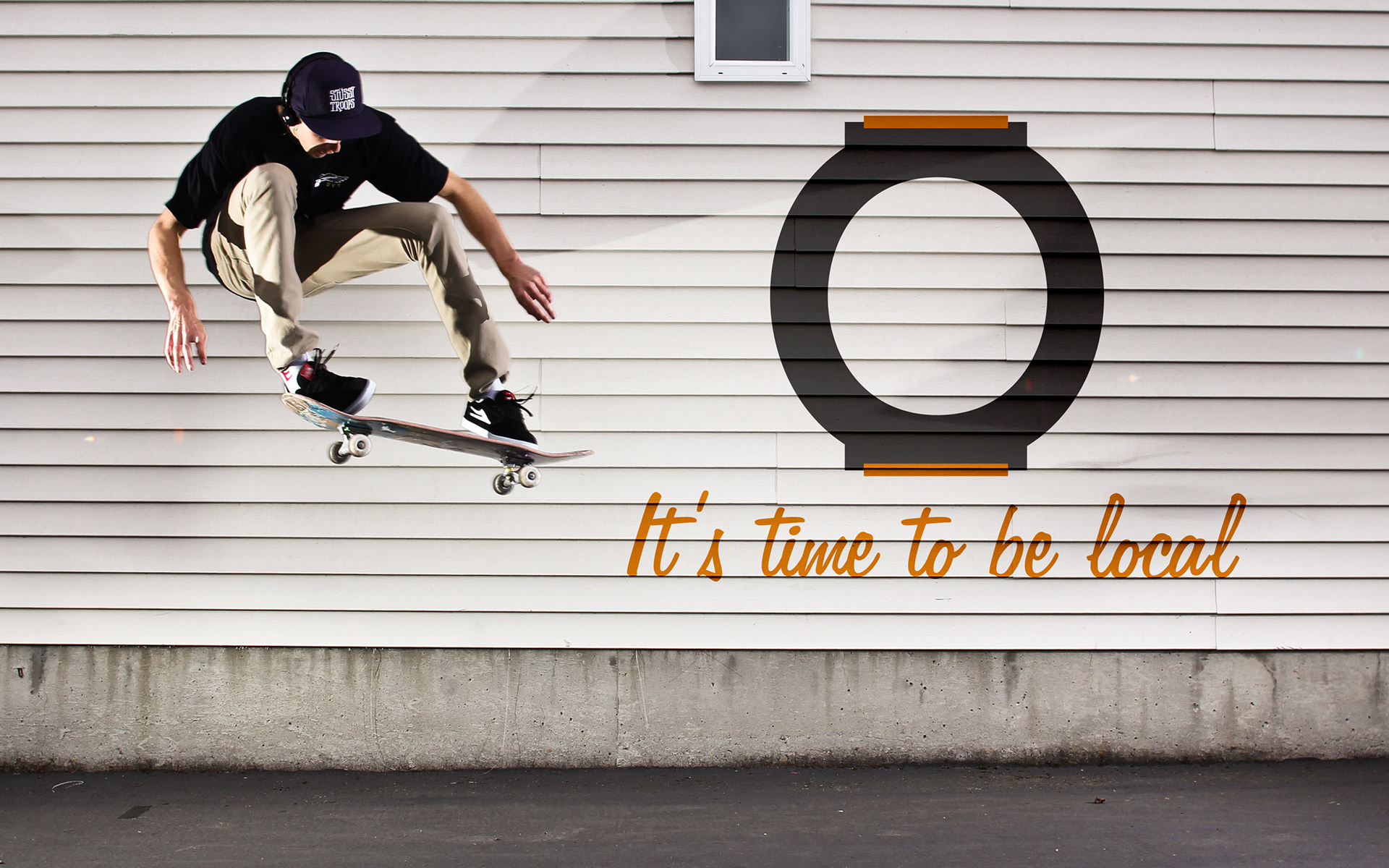 After an extensive research and several brainstorm sessions, we’ve settled with LOCAL as their new proposed name, which not only speaks to their product (local time) but also to their audience, locals.

A custom icon and font were developed to reflect the young vibe of their brand and audience as well as a headline to go along with the name of each city, “it’s time to be local” to reinforce  the idea of localism and time.

We then created some concept arts featuring locals at their natural habitat, surfers in coastal Long Beach, skateboarders in Los Angeles and poker players in Las Vegas. 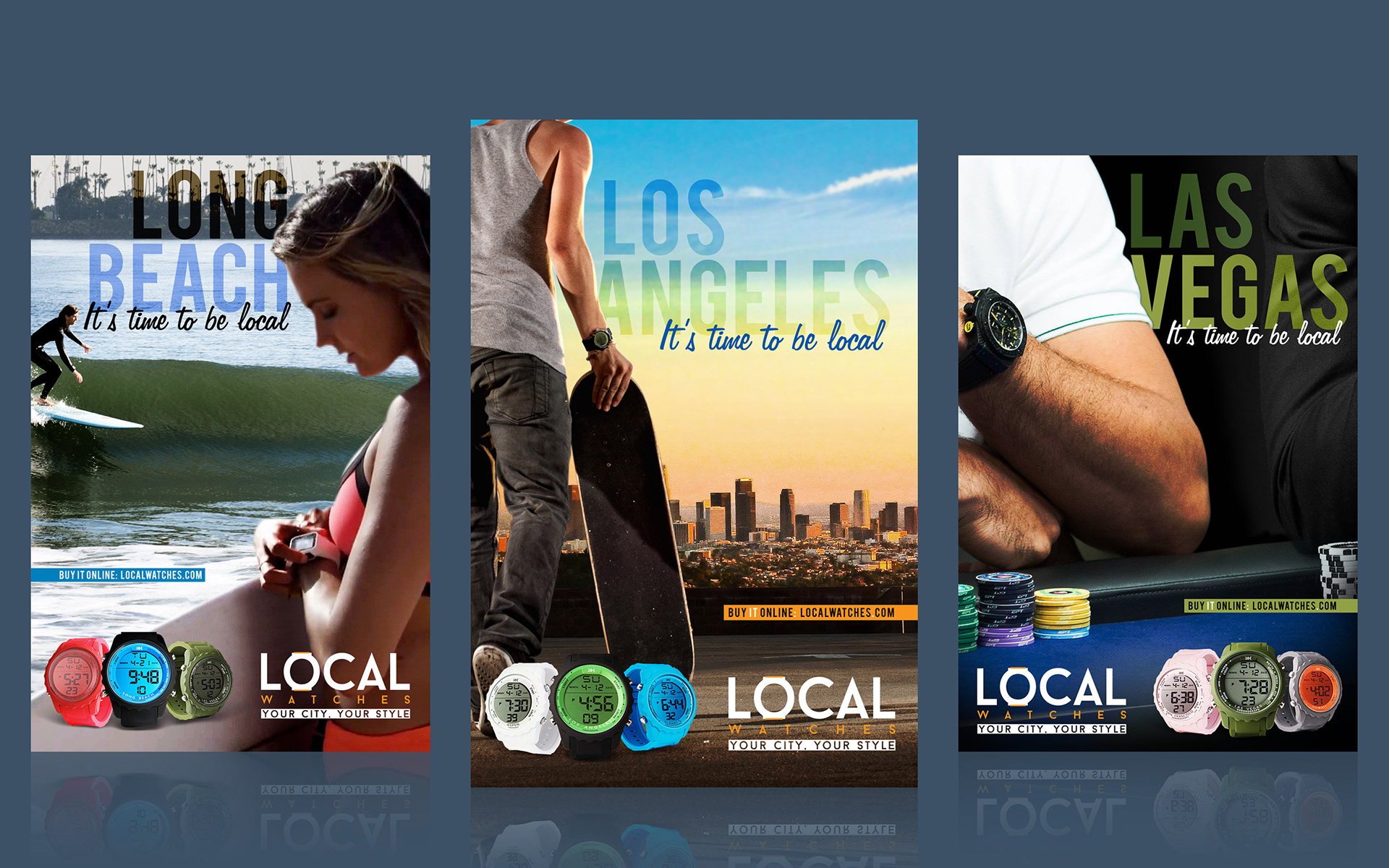